4UU
Sorcery
Each player shuffles their hand and graveyard into their library, then draws seven cards.
Flashback: 2U

I think this is the most hyped I've been for a new card in...forever? The set as a whole seems pretty cool, but I just can't get over this sorcery. It's the first good Draw7 spell in 20 years. The art is gorgeous. It synergizes with some of my favorite cards ever. I am going to cast this thing so many times that it'll be stupid.

Vintage: Grixis Thieves just got an upgrade.
Legacy: Best friends with Lion's Eye Diamond.
Modern: Probably Gifts Ungiven or something. I'll figure it out.
EDH: Now where'd I leave that Nekusar?
Standard: Get disqualified. Laugh maniacally. Don't care. Echo of Eons!
Draft: Snap pick it when I've got a really good pool with no room for blue. 39 Islands and Echo of Eons. I do not give a crap.
Pauper: It's not a common so it's not allowed or something. Worst format.

So now that I've had several days to calm down and think about this rationally...

...I have not calmed down! Hahahahaha!

Now, some responses to this card have been premature declarations that it'll be banned. In Legacy, Wheel of Fortune, Timetwister, Windfall, and Memory Jar are all banned, while Time Spiral used to be banned, but is now legal. As the first good spell of this type in 20 years, Echo of Eons would seem to fit into this company, but I suspect it's more similar to Time Spiral in this respect. But whereas Time Spiral synergizes heavily with High Tide, this syngerizes heavily with Lion's Eye Diamond. Also, most of those bans were historical baggage, holdovers from before Legacy was a real format. Magic was in a very different spot back when Windfall and Memory Jar were banned. I'd argue that they're reasonably safe, and Echo of Eons, likewise, should not be egregiously overpowered.

On the other end of the spectrum, some responses insist that Timetwister is actually a bad card anyway, that Echo of Eons is even worse, and that symmetrical Draw7 spells are outdated because they draw opponents into countermagic. These cooler heads would generally acknowledge that Echo of Eons is probably better than Diminishing Returns or something, but they don't think it's going to make waves as a serious tournament card. I happen to disagree, but then I'm not much of a tournament player anyway and in truth my aspirations for the card are only partially for tournament play.

Echo of Eons is shaping up to be one of my favorite new casual cards. It is lucently, trivially obvious that Echo of Eons is a strong new tool for any blue-containing EDH deck that was already using the other good Draw7 spells. Nekusar or otherwise, the potential is amazing. And I'm hopeful that in the long run, it's poised to get even better. Here's why: even though WotC have been tiptoeing around the concept of good Draw7 spells for years and only finally gave us something viable just now, they've been more experimental with effects that happen to synergize with Draw7 spells to a much greater extent than any old cards ever did. Notion Thief was a powerful new game-changer that might eventually be revisited, Waste Not is explosive with the discard-employing Draw7 spells (Echo of Eons isn't one of those, but it helps set them up both by filling opponents' hands and by letting you dig for that crucial Wheel of Fortune), Geth's Grimoire is similar for that, Alms Collector provides another potent synergy (shame it's in white instead of black, though), Past in Flames gives your various mana acceleration and card-drawing spells all Flashback, and of course there's the new Narset, Parter of Veils. So while I'm pleasantly surprised that we even got a strong Draw7 in the first place, the real promise for a highlander deck is if more new cards will use similar mechanics to stuff like Narset, Parter of Veils.

But my real hope for Echo of Eons isn't just as a nice piece in a highlander deck. I wanna use four copies of it! There are a lot of possible approaches to this and I don't know which ones might become popular once the card is released into the wild. Some thoughts on that...

...Ugh, Gatherer just had to go and change the sizing on images for their new cards but not the old ones? Whatever. Anyway, other than stuff like Underworld Dreams, that's all I can think of. And it's pretty clunky at the moment, with a white card and a Sultai-tricolor card making up half of the options. Narset is the best option by far, but I don't know if Narset, or even the duo of Narset + Notion Thief, is enough for a "buildaround" with something like Echo of Eons.
P 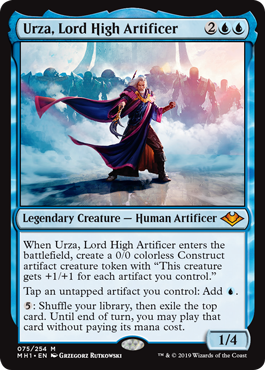